Why Do We Give Chocolate Eggs at Easter? 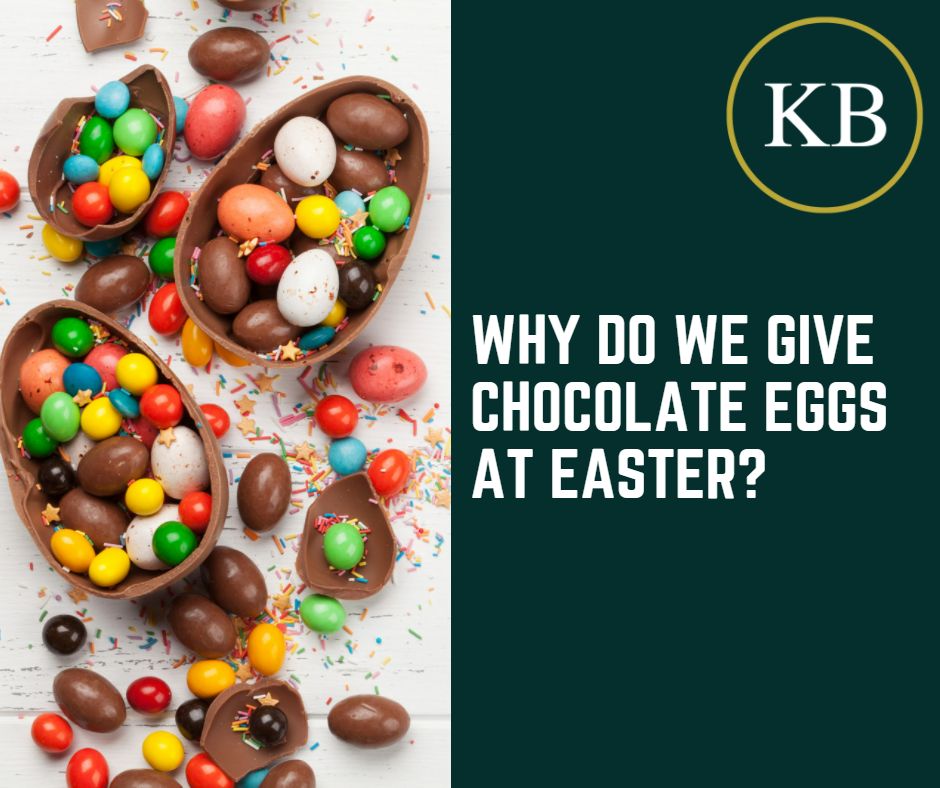 Hold on to your waistbands, Easter is here. That festival where no matter your age, clothes size, or BMI, you’re allowed to eat as much chocolate as you want.

So, while the kids run around on a sugar high and you polish off yet another egg, here are some facts about the chocolatey goodness no one can resist.

The earliest evidence of chocolate dates back to 4,000 years ago. The Aztec and Mayan civilisations started by drinking chocolate. However, words for chocolate are thought to have existed several hundred years before this – indicating it’s been around for much longer.

The different terminology refers to the different stages of chocolate production. Cacao is a raw, natural product while cocoa is a more processed form.

Chocolate is made from beans or seeds. They grow in large pods and the raw products (seeds, beans, or pods) are called ‘cacao’. Once fermented and flattened, the beans become cocoa.

Food of the gods

That first bite of your fave chocolate bar is always the best one, isn’t it? That’s exactly what ancient civilisations of chocoholics thought, too. The cacao tree’s actual name is Theobroma cacao, Latin for ‘food of gods’.

The raw seeds were so adored, they were even used as currency by the Aztecs. A few hundred years later, once the Spanish got their hands on the beans, they decided to add sugar to make it more palatable.

Leaders in the Mayan world, Europe, and Britain used to consume vast quantities of early forms of chocolate because of its power to (supposedly) get the ladies. Although these days, scientists aren’t so sure of its romantic qualities.

Chocolate in the UK

The sweet substance didn’t arrive on our tiny island until the 1600s and was served as a drink for 200 years.

In the 1840s however, a solid form of chocolate was made, and just a few decades later, the world went crazy for chocolate confectionaries. Nowadays, Brits have made up for their slow chocolatey start and are thought to guzzle an average of 7.3kg of it a year.

Eggs are a symbol of life and rebirth and have always been an important part of Christian festivals. In medieval England, eggs weren’t allowed during lent, so were a real treat once the 40 days were over.

The 1870s saw the sale of the first English chocolate Easter eggs, which quickly took over from the exchange of actual eggs. Now, around 80 million Easter eggs are bought in the UK every year and children get an average of 8.8 eggs each.

On behalf of everyone at Knightsbridge Estate Agents, we hope you have a happy and chocolate-filled Easter.